Mr. Hewitt formed Praetorian Guard along with Jerry Ledzinski, II after a twenty year active duty career in the United States Army. Dick served on the faculty at West Point two separate times teaching economics and personal finance, culminating as the Director of Economics from 2001 to his retirement in 2004. Mr. Hewitt has a Bachelors of Science degree in economics from West Point, an MBA in finance and statistics from the University of Chicago and a Masters of Science degree in Financial Planning from the College for Financial Planning. Dick is a Certified Financial Planner (CFP®) since 1996 and co-authored The Armed Forces Guide to Personal Financial Planning, 5th edition in 2002. Additionally, he is a member of Ed Slott’s Elite IRA Advisor Group, the highest level of IRA and retirement distribution planning available in the country. Dick and his wife Kelly live in Carmel By The Sea. Mr. Hewitt was born in 1962 and has three children. 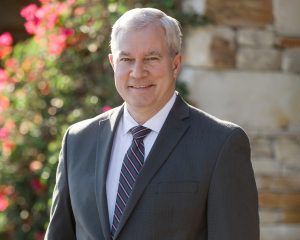