Mr. Clark joined Praetorian Guard in May 2010 as the Director, Mid-Atlantic Region and was promoted to Director, Eastern United States in August 2013. Prior to joining the firm, Joe held a variety of positions of increasing responsibility during a twenty-year career in the United States Army. Duty assignments included positions as a field artillery officer, comptroller, and Assistant Professor at the United States Military Academy (West Point) teaching economics, accounting, corporate finance, and personal finance.  Mr. Clark has a Bachelor’s of Science in management from the United States Military Academy (1991) and a MBA in finance from the University of Southern California’s Marshall School of Business (2001). Joe has been a Certified Financial Planner (CFP®) since 2004. He resides in Leesburg, Virginia with his wife and two children. 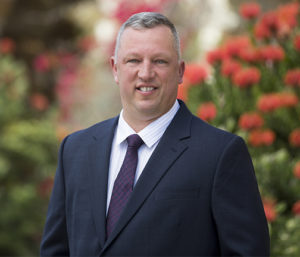