Mr. Nelson joined Praetorian Guard in September 2020 as an Analyst. Prior to joining the firm, he worked for two years as a Financial Analyst in the construction and healthcare industries. Mr. Nelson earned a Bachelor of Arts degree in Business Administration, concentrating in Finance, from Dominican University of California. He then obtained a Master of Science degree in Management and Finance from the Durham University Business School in England, where he graduated with the UK’s highest academic honors of Distinction. He currently holds a Series 65 license and recently began enrollment in a CFP certification course through the College for Financial Planning. Mr. Nelson was a collegiate golfer who earned two-time Academic All-American (2016-2017) and three-time Scholar Athlete of the Year (2015-2017) honors at Dominican, an NCAA Division 2 program. Mr. Nelson was born in 1995 and resides in Salinas, California. 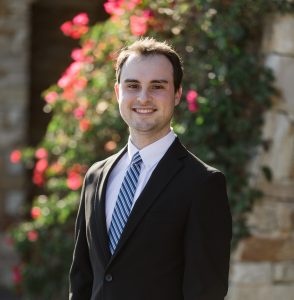